This week's MIX-Ability challenge at SCS is to make a watercolor quilt.
Which is perfect because this Saturday is National Quilt Day.

The first one I made with piano keyboard to the side. I watercolored, masked and stamped and then embossed to make it look quilted. I used STAMPlorations IT"S A GIRL THING -SUNSHINE 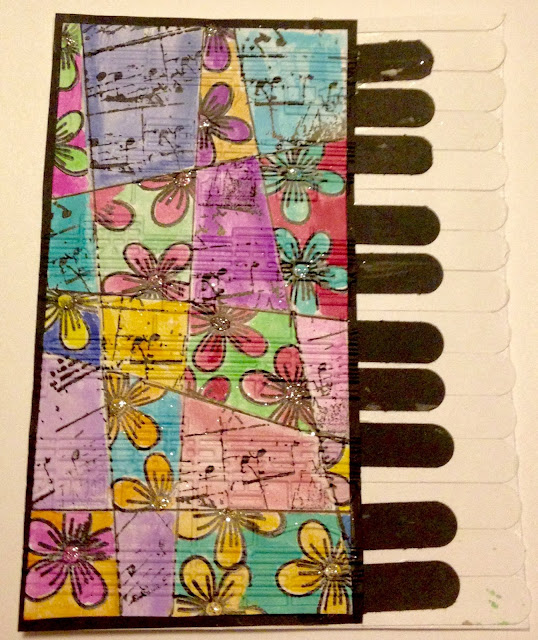 After I made my first card, I had a really bad migraine and decided to try and take a nap. As I was trying to sleep, I wondered how this technique would look with some of my older stamp sets. So after I woke up from my nap I pulled out one of my oldest sets. It is a SU set called Netherlands. The other day on Facebook several friends shared cards that they made this week using a set that had a windmill and wooden shoes and tulips. I had to catch myself. I at first was thinking, I really want this new set, then I realized that even if I got a NEW set, I would probably only use it a couple of times. I have had this set for over 16 years and I have only used it a handful of times. It was a lesson in contentment and gratitude. 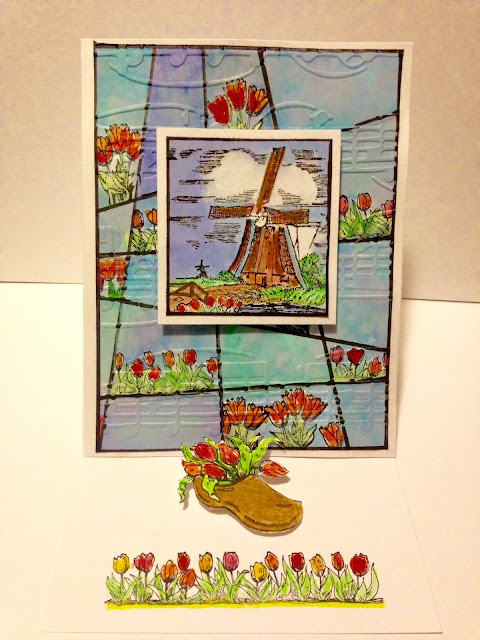 I drew the lines, and watercolored the spaces. I used markers and colored pencils to color the tulips. I made it an easel card. I fussy cut the wooden shoe filled with tulips and put a piece of craft foam underneath it to give it dimension enough to be the "stopper" for my card. 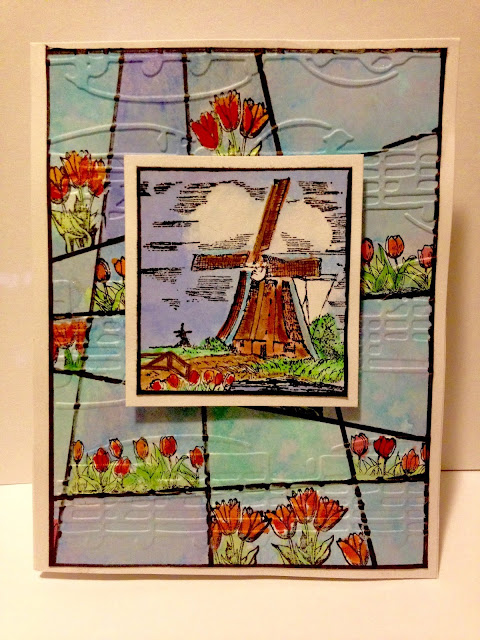 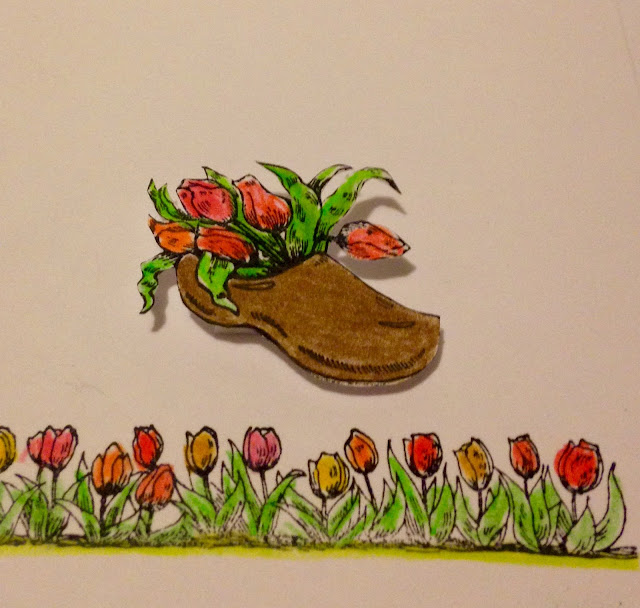 6 years ago my kids and I went to Pella, Iowa for the tulips festival. It is gorgeous to see all the tulips. If you get a chance to go, I highly recommend this festival. These two photo were taken that weekend. I think this if my favorite variety of tulips. I tried to capture their color when coloring the tulips on my card. I could't even come close. God is such a master colorer. 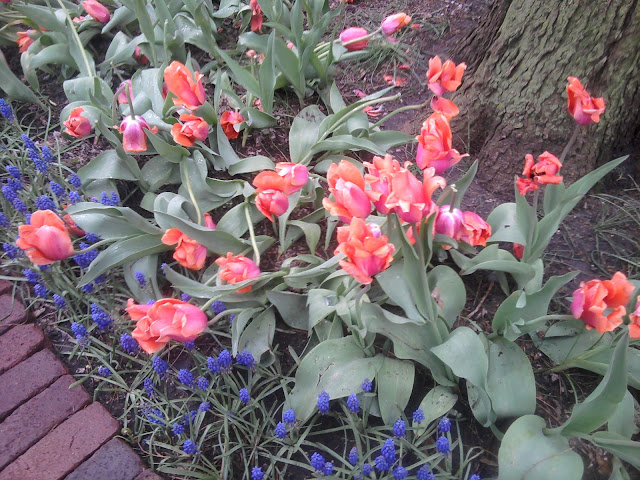 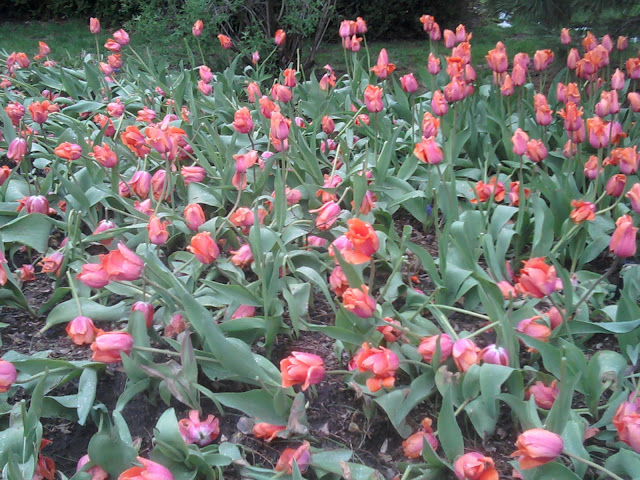