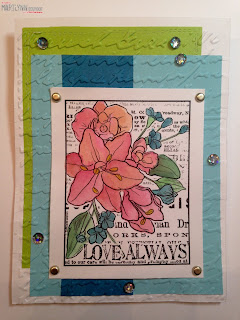 Another card for the STAMPloration hey love blog hop. 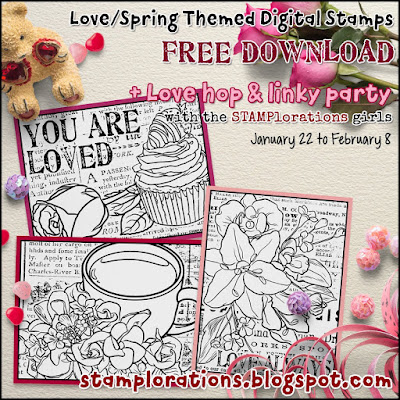 If you haven't tried coloring one of Shery's digi's you are missing out. They are so easy and fun to use. Link up your creation to the blog hop and you might win one of the wonderful prizes Shery so generously has offered.

A few more Love cards for the STAMPlorations Love Hop. 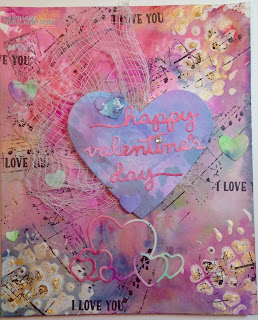 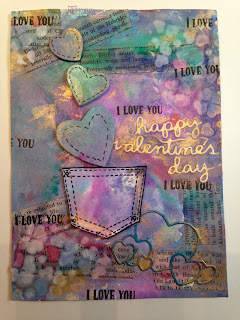 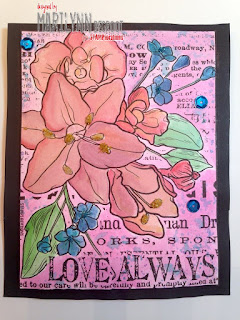 Posted by MariLynn at 7:00 AM No comments: 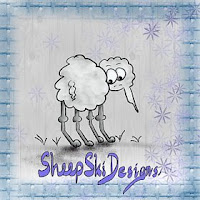 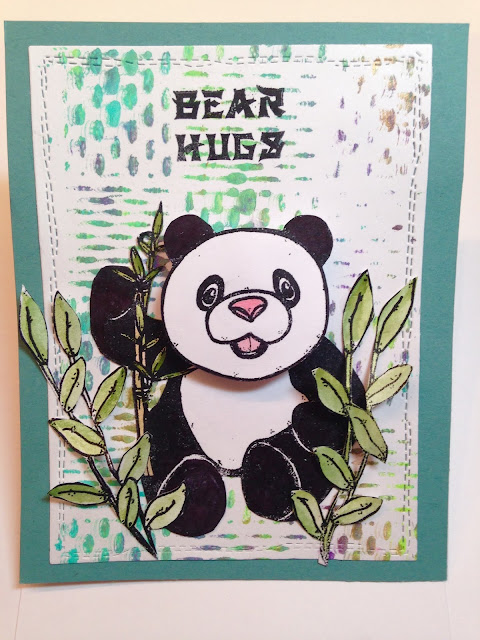 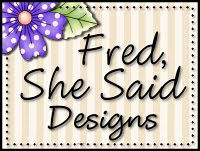 I made a floating easel card. It may not look like there is a lot of layers, like some of my cards have, but there are actually quite a few layers. The top frame had 4 layers of carstock for strength. The easel frame had 3 layers. The base of the card was a monoprinted paper on top of a card. With a floating easel there isn't much space to sign the card, so I have the easel sitting on a basic card layer.
The other way I incorporated layers was with the monoprinted piece. It had several layers of paint to get the magical look I was going for. 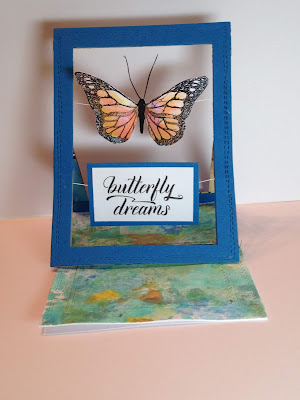 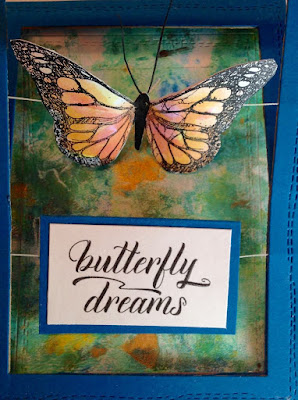 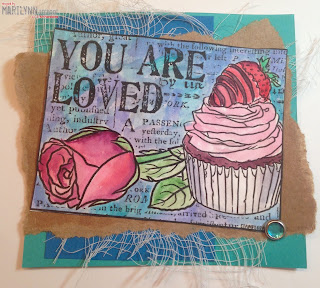 You can download the digital image and make a card that you
can link up to the hop. HERE 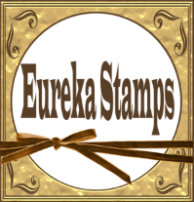 My first project I made an origami corner bookmark. I added an itty bitty card to the bookmark. I watercolored it and added glitter. 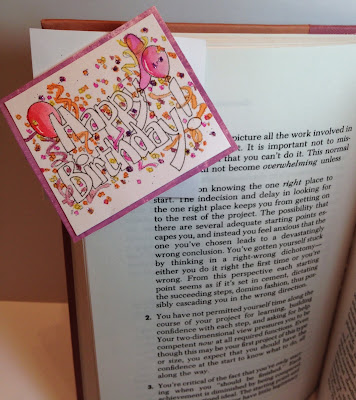 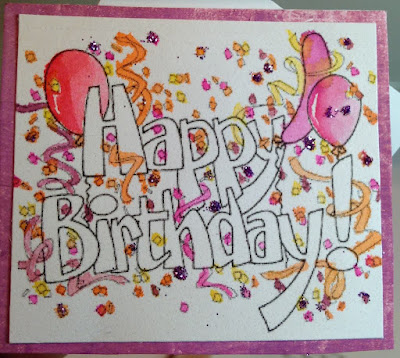 I could have made it just a panel on the bookmark, but I wanted to have a place where you could write a message or sign. I added some mono printed paper with music notes to the inside of the itty bitty card. 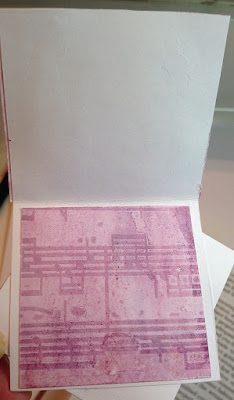 I watercolored the fawn and fussy cut him out and put him on lots of layers. I used some mono printed leaf design for the layers. I framed him with kraft. I added a twine bow. 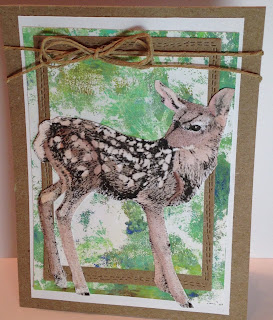 It's a Girl Thing Sunshine

STAMPlorations
has a really fun set that is being released today.

It is called It's a Girl Thing (Sunshine). I combined that set with Blossom Like a Butterfly 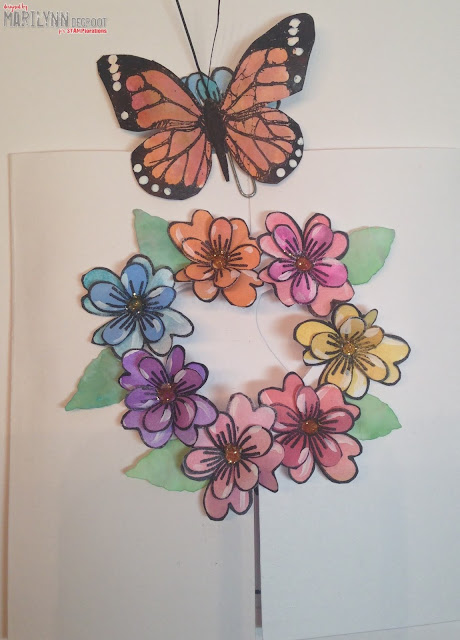 On the inside of the card the marquee opens up to reveal the little blue butterfly. That butterfly is from Trendy Butterflies. The little hearts and sentiment and heart borders are from the It's a Girl Thing set. 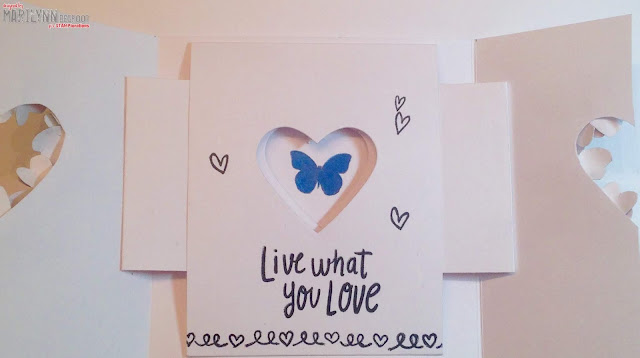 Leave a comment on the STAMP blog post, and on the participating designers posts for a chance at the prize.

- Prize: $15 coupon code each to three (3) commenters randomly drawn from comments left on all the blogs

- Commenting closes on January 31. Winners to be announced February 10 in the January winners post.

If you want to order this set from STAMPlorations you can use my discount code to get 20%off.

Food or Drink - Crafting by desigs 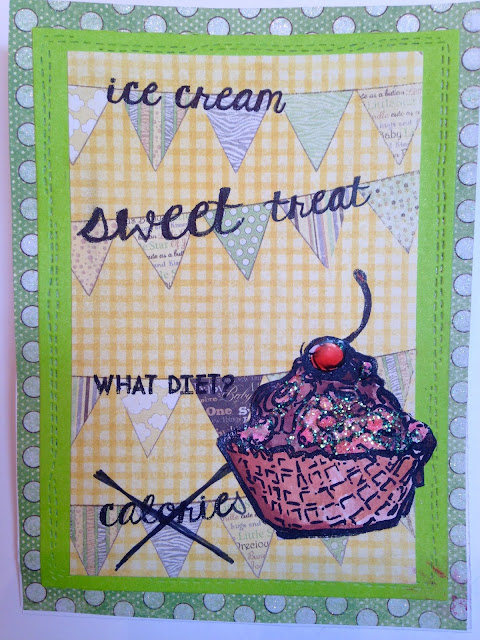 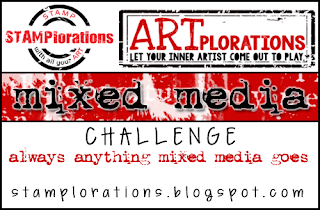 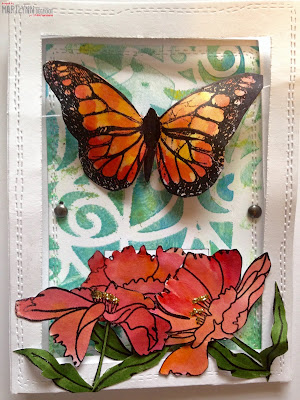 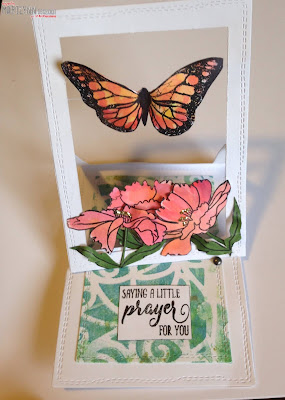 Crating by Designs Anything Goes Challenge 1/2-1/9

I am excited to be joining the ladies at Crafting By Designs.

The first challenge of the year is an ANYTHING GOES challenge.

The sponsor for this challenge is

I used Digi Wish Upon A Star 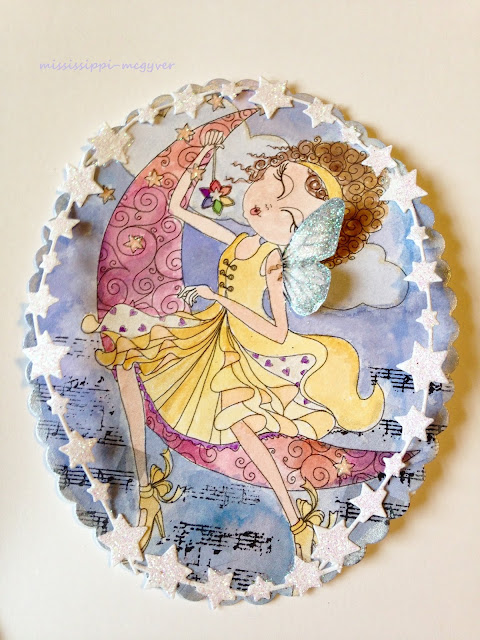 I printed the digi image and watercolored with crayola markers. I masked her and stamped some music notes. I added some butterfly wings and die cut star banner. Glitter and silver metallic rub gave it a magical feel. I decided to make it an oval shaped card.
I hope your were inspired by my project and will join in the
ANYTHING GOES Challenge.