I made hand made hydrangeas for the little circle part of the sketch. Here is how I made them. I started with a circle punch. I added Aleene's tacky glue to the circles and using tweezers, I heated the glue with my  heat gun until it bubbled and burned. 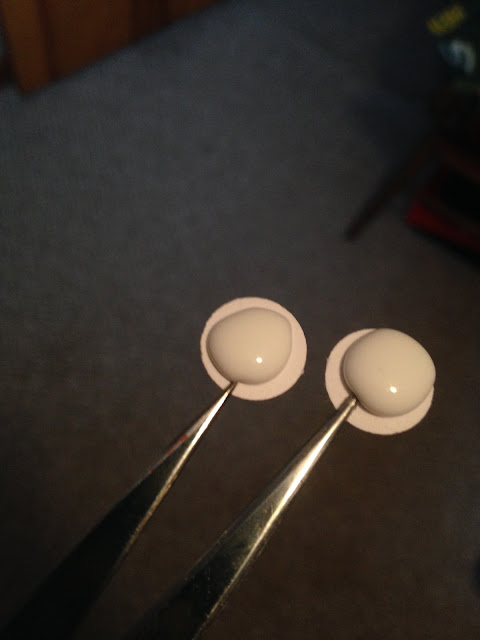 I used an old Martha Stewart hydrangea punch to punch out blue and green cardstock. You can see the burned glue in this next photo. 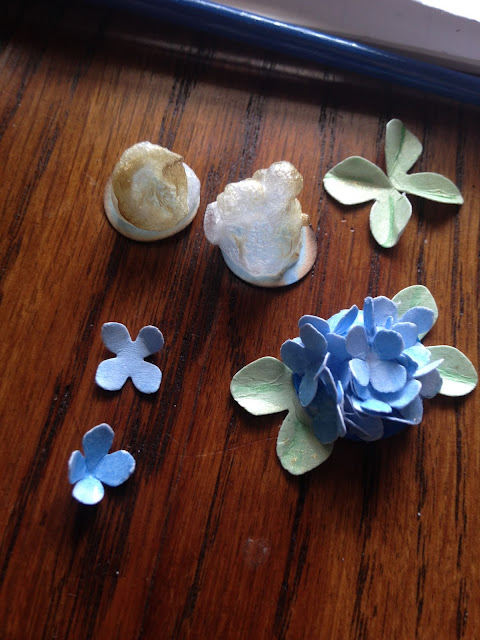 I used a piece of foam and a stylus to cup the flowers. 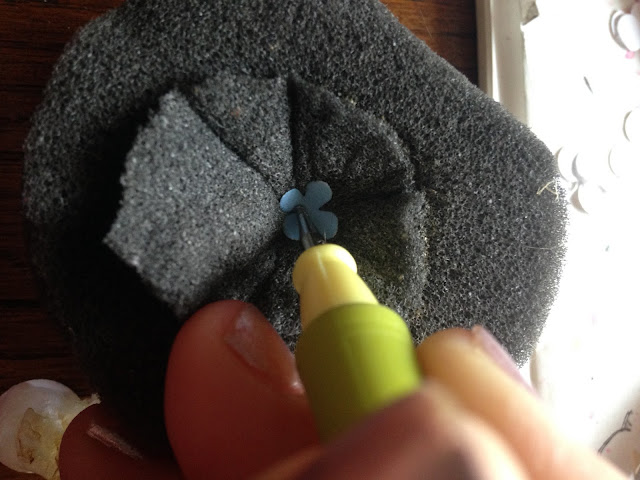 This next photo shows some of the flowers cupped and others not. 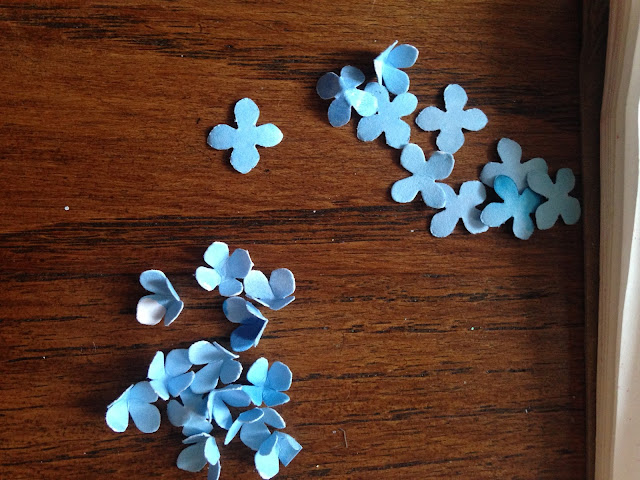 I glued the cupped flowers to the burned glue with more Aleene's tacky glue. 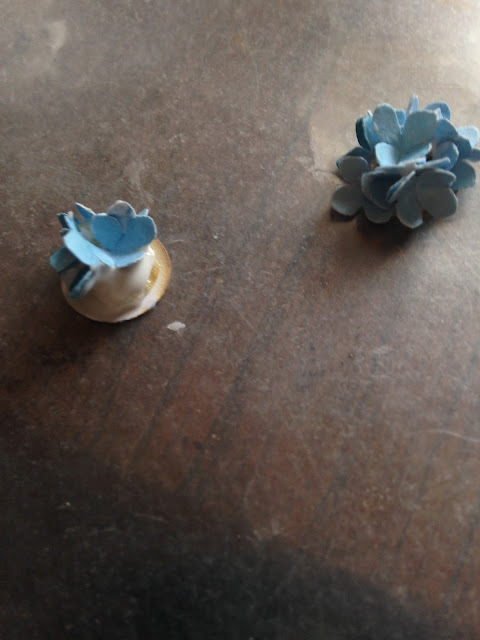 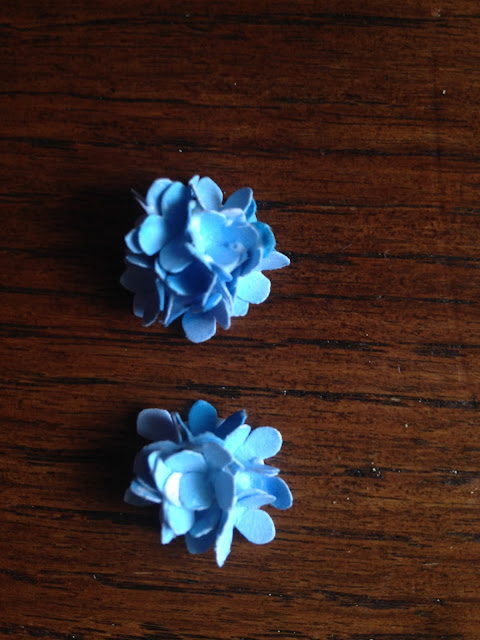 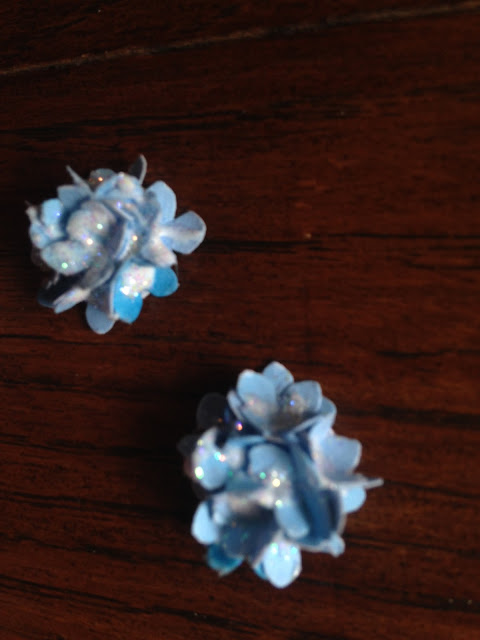 Here is how they look an the card. 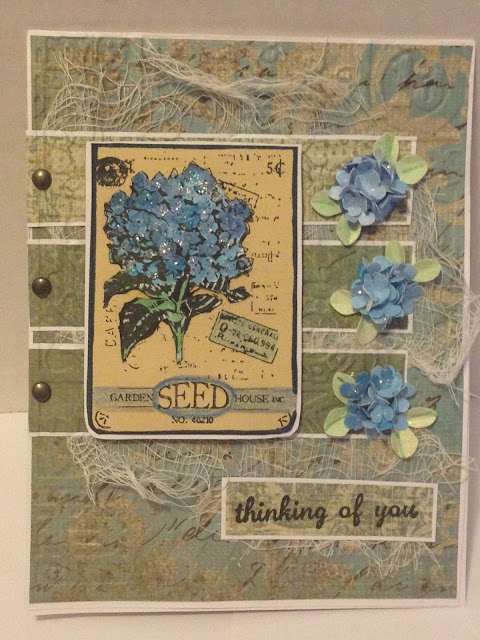 This is how the inside of the card looks. It has a pop up center. 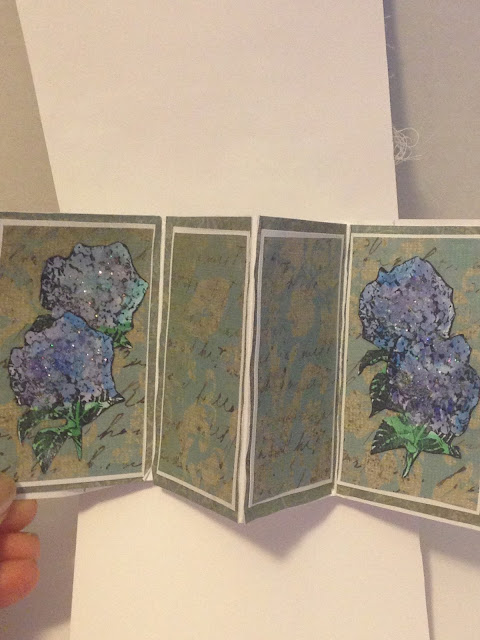