Well after having success with my two love you to the moon and back mixed media cards, I decided to go a totally different direction with my third card. I had to laugh because while I was making this card I was  looking at facebook while certain elements of the card dried. It was there that I read a post by someone who said, I took a mono print and it took me 2 hrs to make this card. At that point I was already several hours into making my card. All said I think this card took about 8 hrs.  I started the card  last night by drawing a circle on a piece of  a cereal box. I drew the face and cut the  moon out and covered it with a layer of tacky glue. Just as the glue was starting to dry I took a ball stylus and poked holes in the glue to add the crater texture. 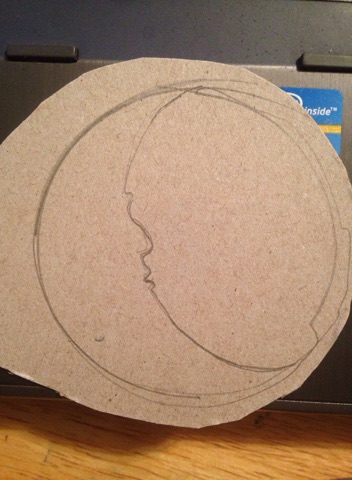 If you look closely you can see the glue covered moon. I die cut some stars, the scalloped oval and the lattice with my cuttle  bug. (I had a blue die cut arrow that I thought I might use but ended up not finding a place for it.) I die cut a piece of brayer cleaning print. 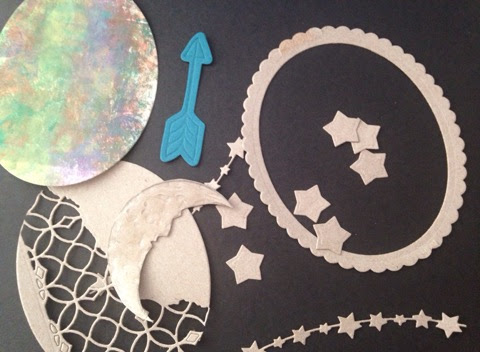 The brayer cleaning print (I am going to start calling them a bcp) that I cut up. What I liked about this BCP was the colors and texture. 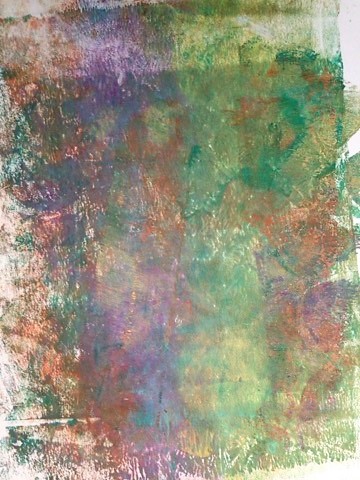 The other day I bought a "craft" box which was mostly paint and glitter but in the box was a bag of foil. Not having a laminating machine I wondered if I would ever use the foil. I decided to try and transfer the foil to the cereal box pieces using Aleene's tacky glue. It did transfer the foil, but there were parts where it didn't stick. That was fine with me because I was already thinking of distressing them.
I really like how the moon turned out. The texture of the glue craters with the foil looked really cool. 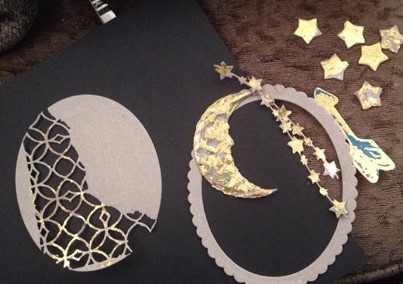 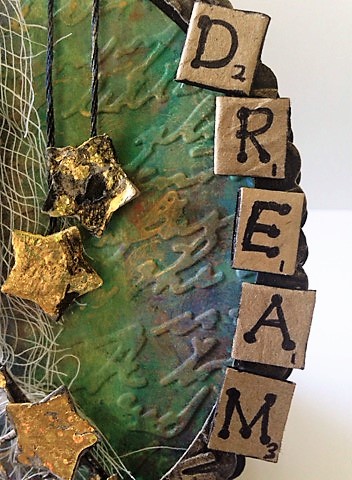 The oval frame I painted black, embossed with script embossing folder and added metallic rub and glued the moon stars and trellis. I added 2  rhinestone stars. 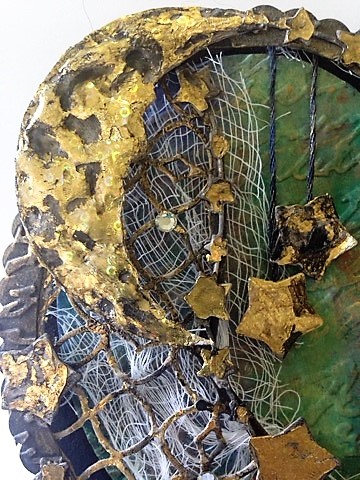 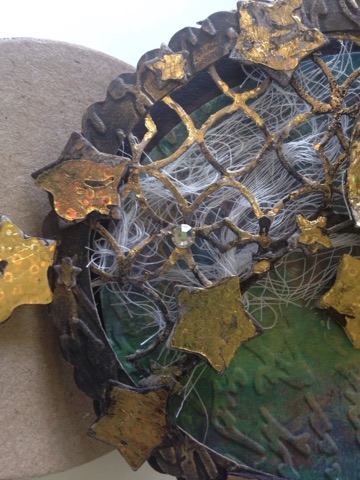 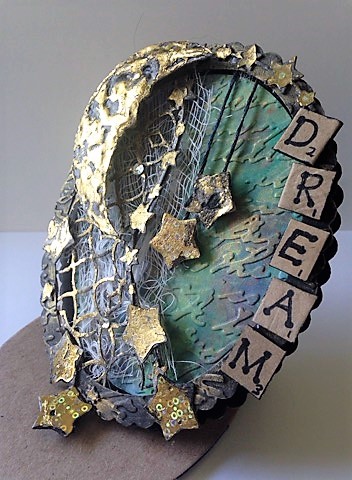 This card is an easel style card. I used one of the little die cut stars to be the "stopper." 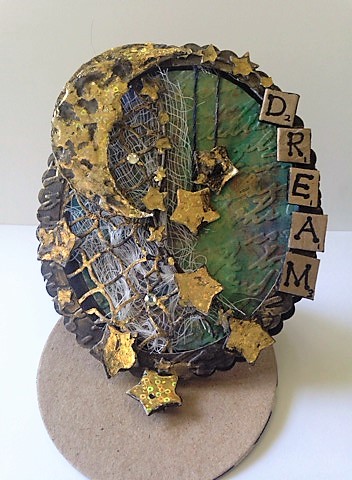