I hope everyone had a great Thanksgiving.  The other designers at Mountain Plains Crafters and I thought you might enjoy seeing our creations for fun and inspiration. We choose the theme of Trees. I was excited because I saw this card by  Kittie Caraccilo and I knew right away that I wanted to make a card like it. I usually don't CASE cards, but this one was super pretty and my daughter asked me to make her one like it.  I took Kittie's general idea and made it my own. This card was a little time consuming to say the least. But I had a blast. 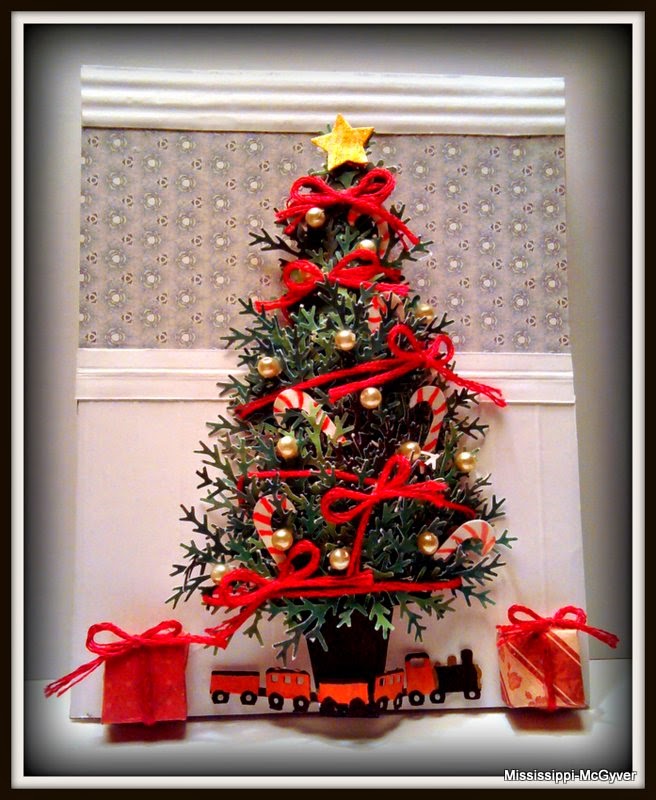 I punched the branches using my Martha Stewart punch. I have had my punch for a long time and sadly during this project, It died. Don't worry a new one is on its way. I glued the branches in a triangle shape  using my Tombow MONO Aqua Liquid Glue. 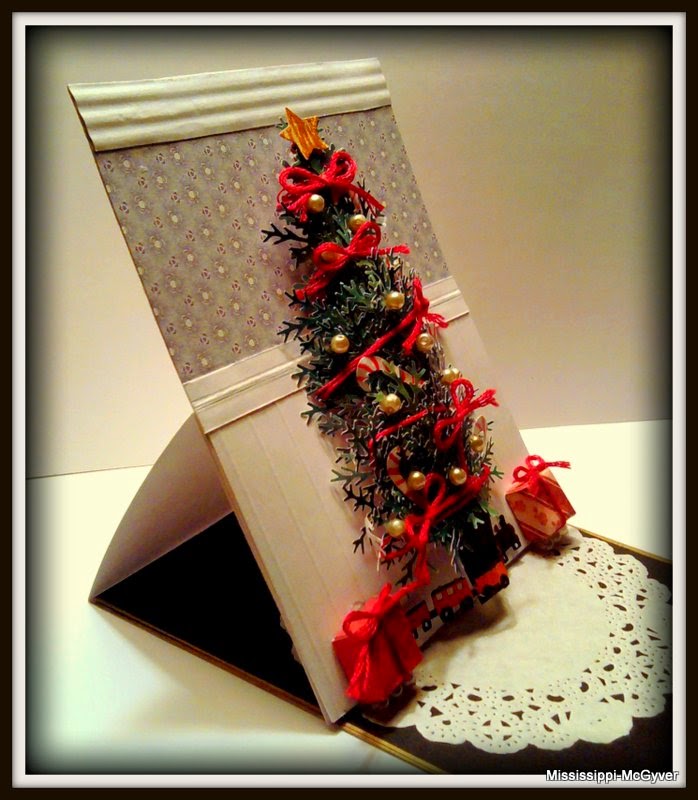 I wanted little candy canes for my tree. I thought about just cutting them out with scissors. Then I looked at my punches. I have an old EKSuccess Heart Corner punch. .When the heart is punched out the remaining pieces were two curved swoosh like pieces. I used a red marker to make the stripes on the candy canes and then I cut the cane- swooshes apart. As I looked at the candy canes, I wanted a little bit more shine. I took a pearly fingernail polish and went over the candy canes. It gave them a shiny pearly look.  I added pearls, red embroidery floss bows and a punched star painted gold. 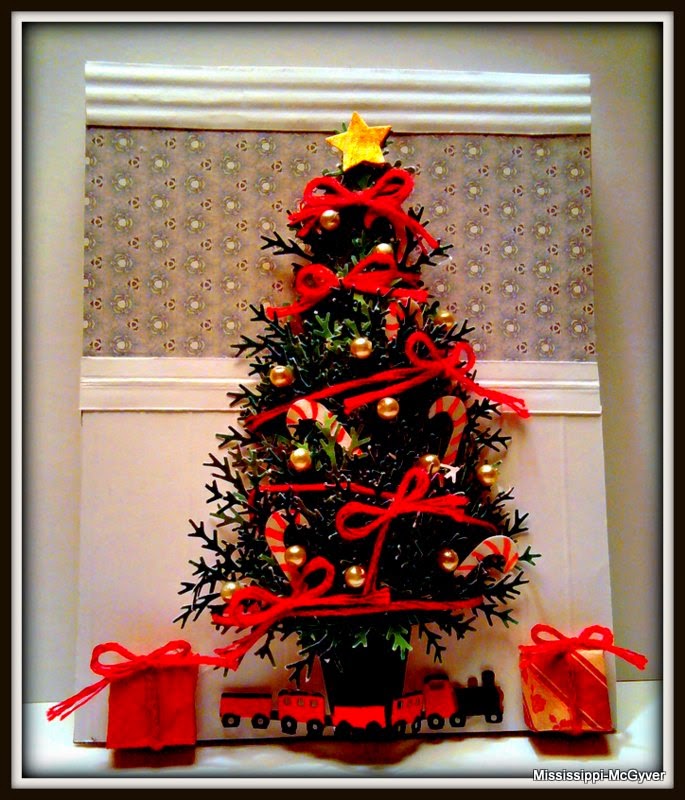 The paneling was done by scoring white cardstock. I added crimped cardstock at the top for the top molding. Under my tree I used a Martha Stewart Train edge punch. I cut and glued the train so that it only had one engine and several cards. I painted the train red and black and added gold to the top of the cars and to two of the smokestacks. 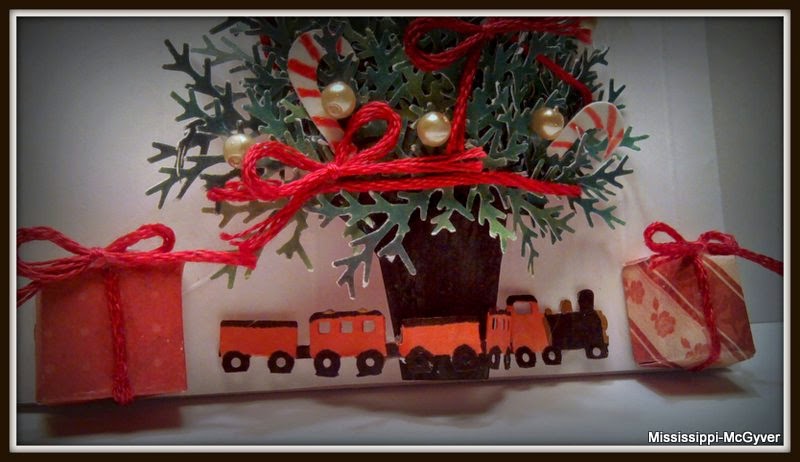 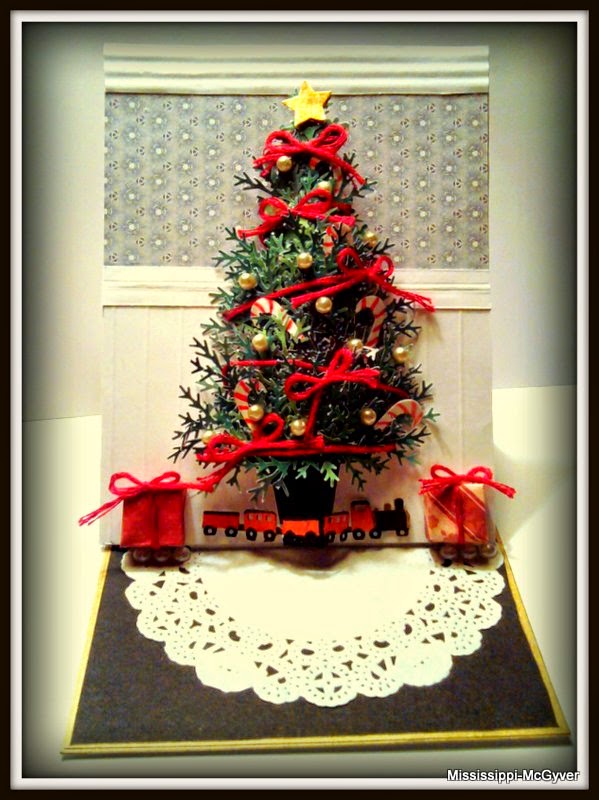 After all the work I did on this card I wanted it to be able to be displayed. I made it into an easel card so it could stand up on my daughters desk. I added a paper doily to the floor of the card, to make it look like a rug on the floor.

I hope you have enjoyed reading my post and looking at my card. I would love for you to leave a comment telling me what you think.
Posted by MariLynn at 1:00 PM