Today is the second day of the Mountain Plains Crafters blog hop.  How would you like to win this prize? 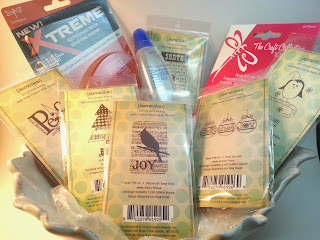 Make sure you check out all the design team member's blogs and enter the rafflecopter on the Mountain Plains Crafters.


The theme for our hop is being Thankful. We decided to do projects instead of cards. I decided to make a Fantasy Box. I first found the instructions for making a Fantasy Box in 2007. They are easy to create and have a WOW factor. If you want to make one yourself, I have added the link to the Stubbystamper website here:

I started with an empty cereal box
(This cereal is my favorite. I love the peaches and apples.)
One cereal box has enough cardboard to make 2 fantasy boxes. 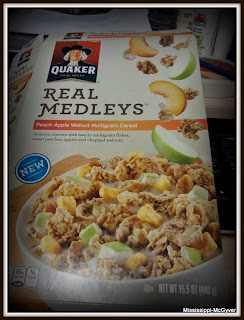 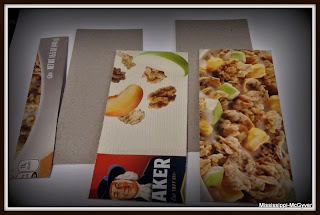 I used black stazon ink and I randomly stamped the two stamps onto plain typing paper. 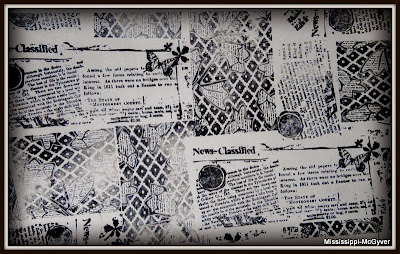 I did a technique that I call INK SPRAY SMASH. This picture shows the markers that I used... That's right cheap Crayola Markers. 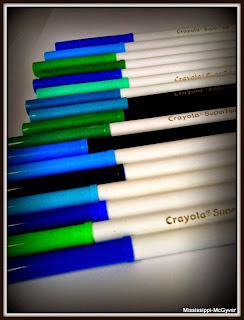 I took an acrylic report folder and I cut the bottom off and cut one side off so that it opens up like a book.  I randomly scribbled with the markers on the inside of the open folder. 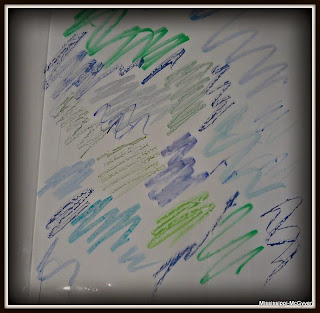 I sprayed the scribbles with my spray bottle of water. 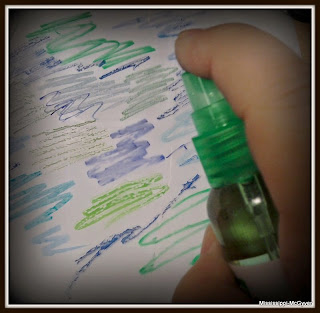 You can see how the water makes drops of colored water. 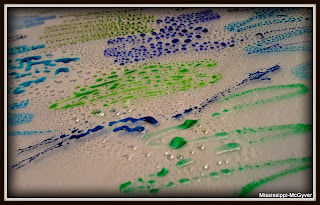 I closed the folder and gently smooshed the colored water around.
(I know, smooshed is such a technical term.) 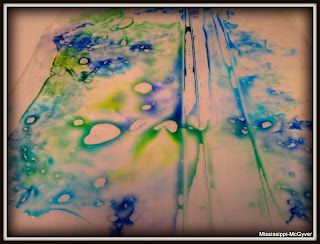 I opened up the folder 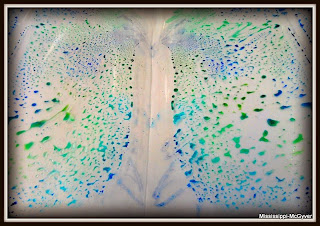 I carefully placed the stamped paper into the colored puddles. 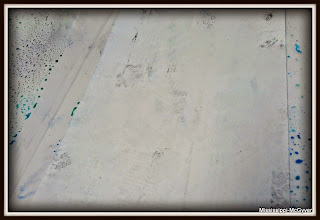 What it looked like when I turned it over. I love this technique because you never know what you will get and you will get a different result every time. 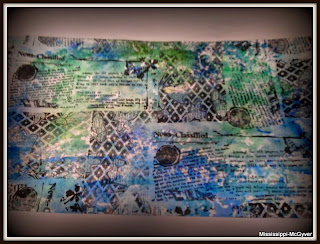 I took the gold shimmer paint spray and sprayed it in the areas that had a little more white showing than I wanted. 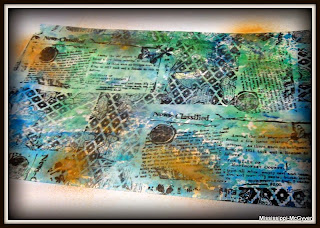 I repeated the ink spray smash with the inside paper and the cardstock that was used for the lid and the inside boxes.

Time to put the fantasy box together. I used the Tombow Xtreme adhesive to adhere the cereal cardboard box pieces to the typing paper. 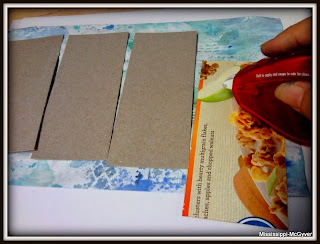 I used the Tombow adhesive tabs to close the box. You can make the box without
them and the lid will hold it closed, but I think it is a nice touch. 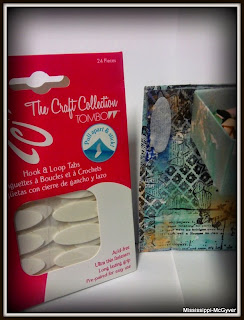 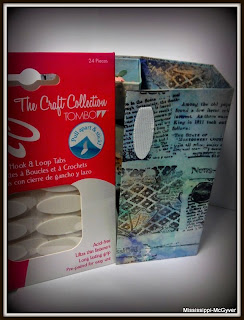 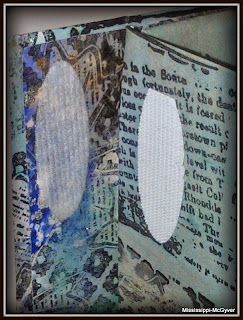 The little inside boxes can be used to hold small trinkets. I put some quilled roses, some buttons and some charms. You could also put chocolate or some other small candy.
( I was going to show it with Hershey kisses, I bought some last week...  but for some reason... I didn't have any left when it came time to photograph the box) 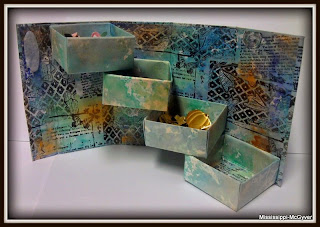 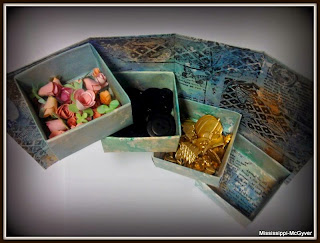 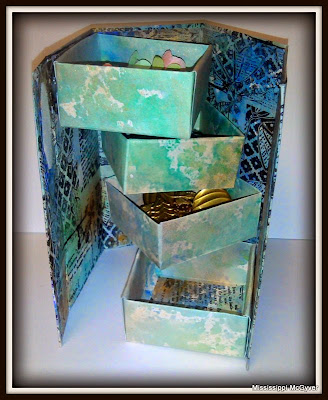 See how the Tombow fasteners hold the box shut... 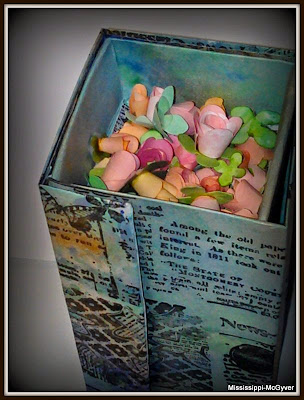 I decorated the top of my box with quilled roses that I made using the Bitty Blossoms Dies. I added lace and pearls around the edge of the lid. 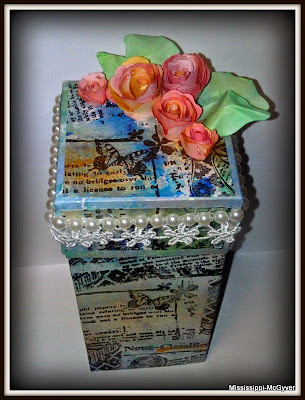 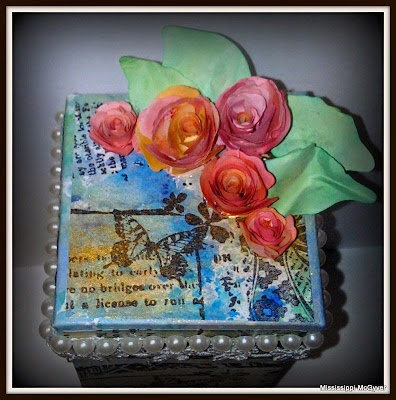 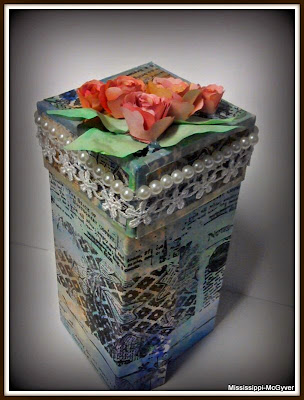 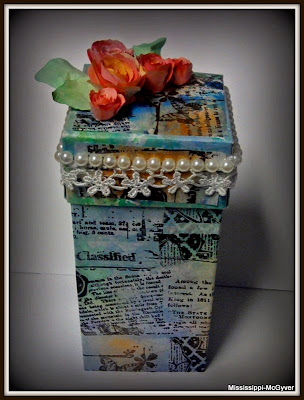 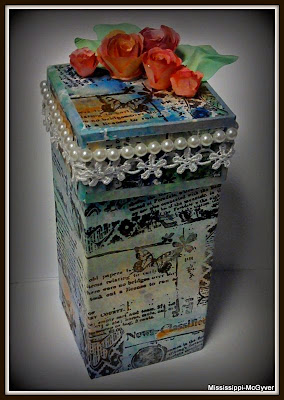 
You made it to the bottom of my super long post. Thanks for taking the time to read it. Now you might be looking  at this and wondering how it shows being thankful. Well, it is a box that you could put keepsakes in so it made me think of memories. I am thankful for good and happy memories. Last week a friend of my daughter, a young 19 year old man had what Doctors think was similar to a stroke. His college room mate found him unconscious on his dorm room floor. When he was revived, he had lost his memories. The Doctors think that he had some brain damage due to lack of blood flow that made it so he lost his memories. He didn't remember his parents when they came to pick him up at the hospital. I feel so bad for his family. I can't imagine lost memories. Sometimes it is the little things that we take for granted that we should take time to be thankful for because they can be taken from us. Please join me in praying for the man and his family.


Check out Paula's blog Next or go back to the Mountains Plains Crafters blog.

Since this is a mixed media project with the theme of thankfulness I am entering it into this month's Mixed Media Mojo November Challenge.
Posted by MariLynn at 11:19 PM