That song was going through my head as I was making these cards. Do you know what is more magical than seeing lightning bugs or fireflies? Getting to see them through the eyes of a child discovering them for the first time. The other day my grandson Noah got to see them. He was jumping up and down and kept saying there is another one, and another one as he pointed them out to me. I took the time to explain to him chemiluminescence. Which is the fancy word for chemicals mixed together that make light. We talked about that more when we broke the glass to mix the chemicals in the "light sticks".  I am so glad I was blessed with the opportunity to make that memory with him. 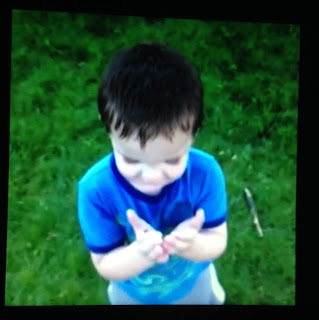 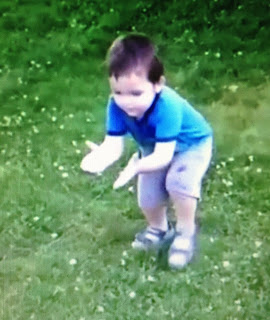 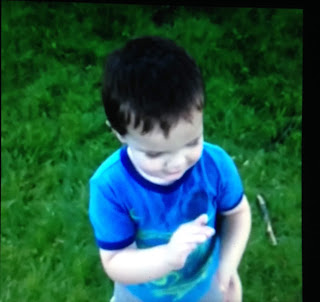 My friend Kyra hosted the mixability challenge on Splitcoast. She said to make a Sparkle and shine card as summer cards. Of course fireflies and fireworks came to my mind. Since she did fireworks, I went with fireflies.

I have a huge stash of cardstock that I monoprinted. It was so much fun the other day I couldn't stop. Now I have lots of paper to use. 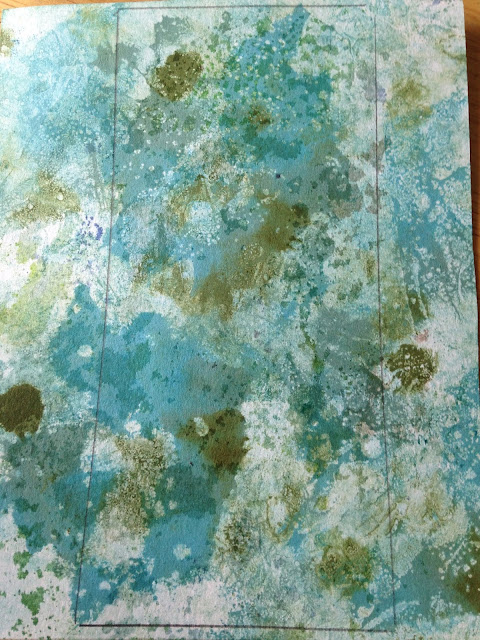 I pulled one from that stash and I drew a jar and lid with a pencil. 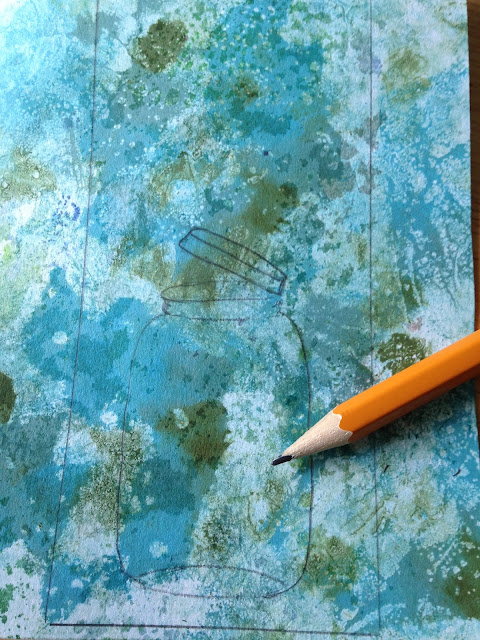 I sketched where I wanted my fireflies. 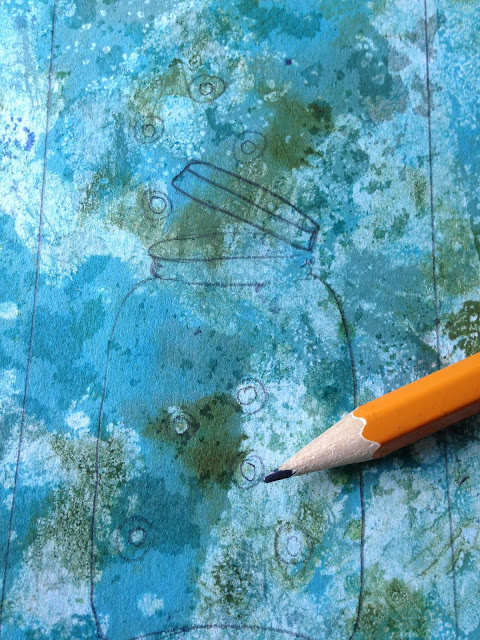 I took a white gel pen and drew the "lights". I did the big one where I had sketched the fireflies. I also added little dots to be the host of flies with them. 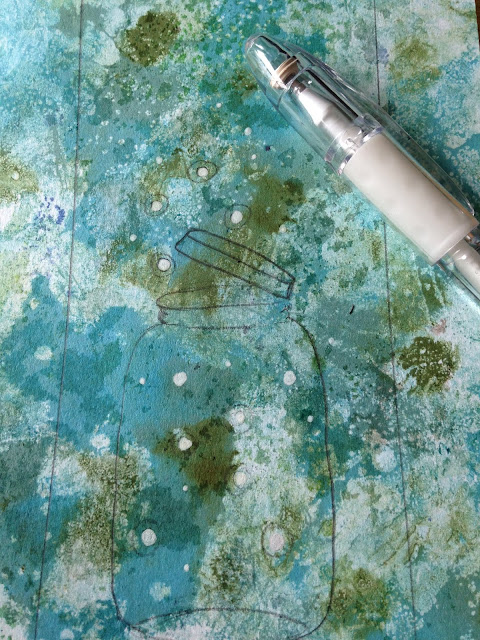 I took some light colored pencils. I drew circles around the big "lights" 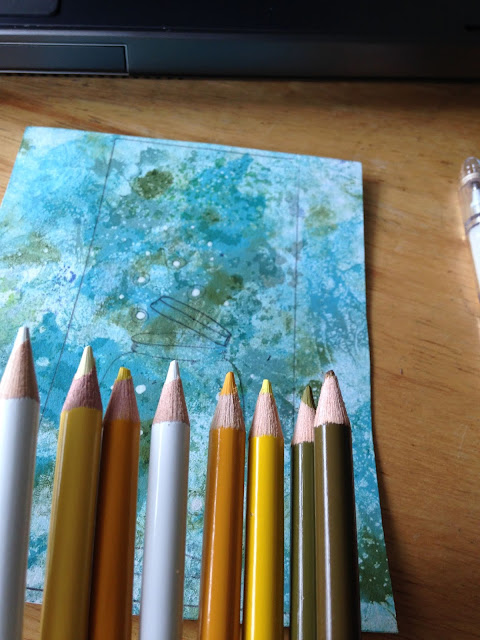 I took a black pen and went over the pencil marks on the jar and lid. 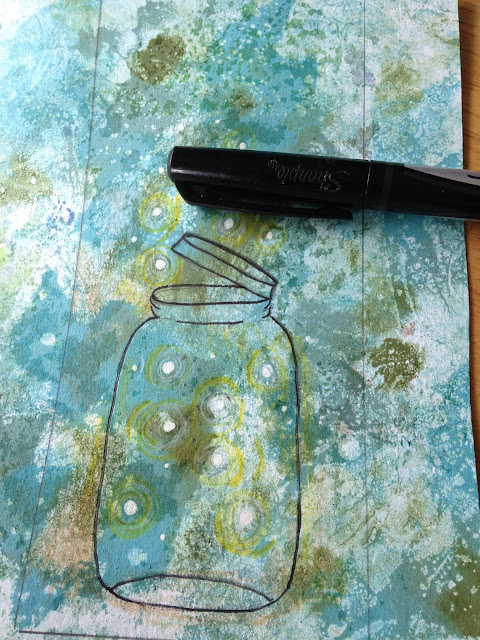 I used the black pen to draw the wings and flight "squiggles". I then used my pencil to hand letter my sentiment. I went over the sentiment with my black ink pen and erased the pencil marks when the ink was dry. I used the white gel pen to highlight the jar and the lettering. 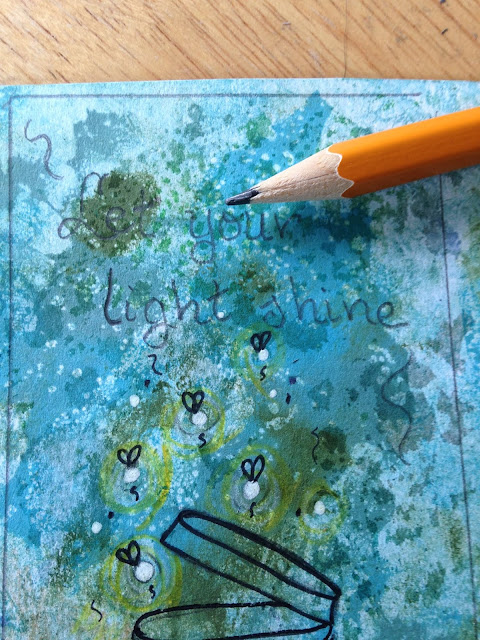 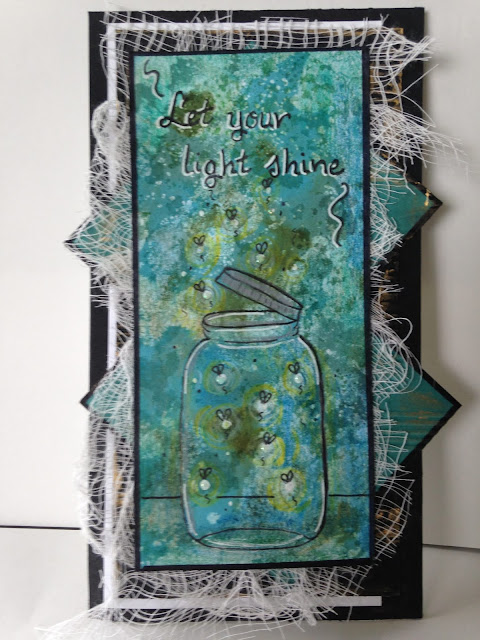 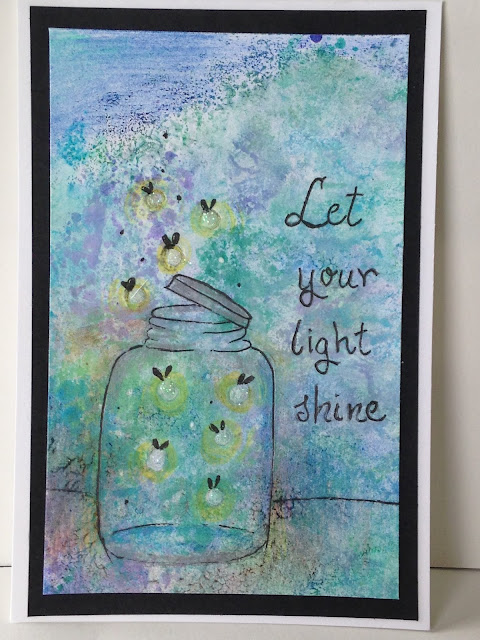 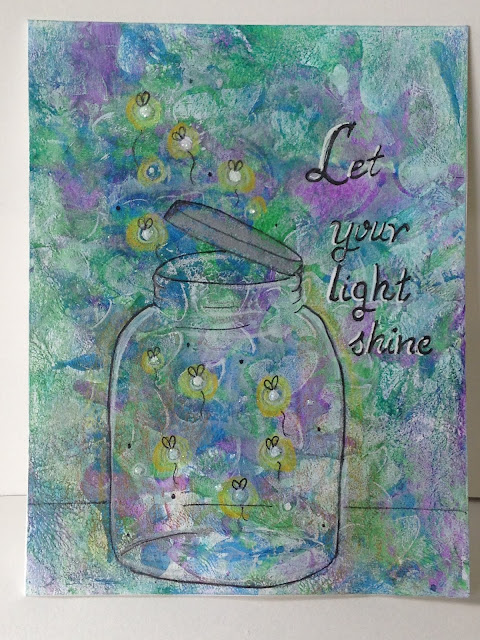 My trio of light shine cards. 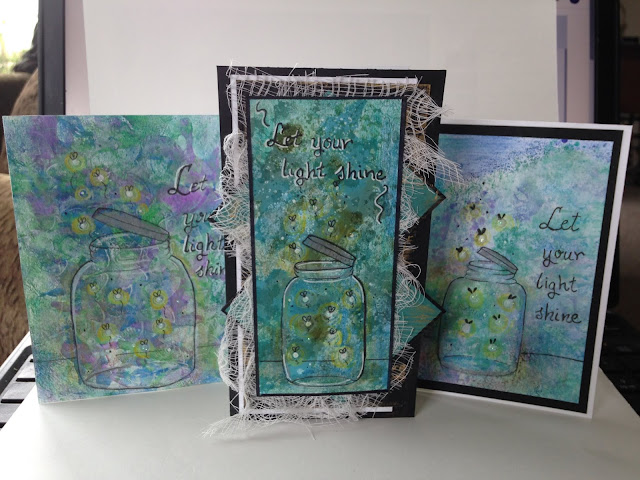