The MIX-ability challenge for Splitcoast is to do Japanese Notan art.
The definition for Notan is:
The combination of lights and darks especially as used in Japanese art :  the design or pattern of a work of art as seen in flat areas of dark and light values only

I started by taking a piece of black cardstock. I taped a flower die and two different butterfly dies. 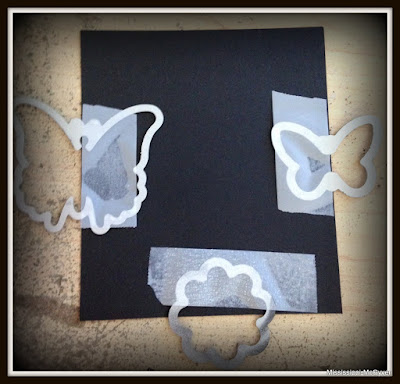 To make mine with a mixed media twist, instead of white for the contrasting light color, I took a piece of white cardstock and ink spray smashed it with blues and brown markers. I ended up using the flower die 3 times. I punched two black circles. One I kept whole for the center flower and the other I cut in half to go with the top and bottom flowers. I used a corner punch in the 4 corners. I added some more punched circles. I felt like it was still a little too plain for me. So I used some embossing folders. I used a folder that had a circle. I also used a thin strip folder. 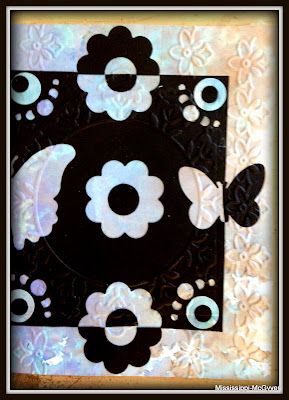 After I embossed the card, I stamped the MIXED MEDIA stamp set from STAMPlorations. I added the music notes to each corner. Then I took gold metallic rub and went over the embossed areas.
I made my card into an easel card. I added a strip of black cardstock and a strip of the ink spray smashed cardstock to the inside. 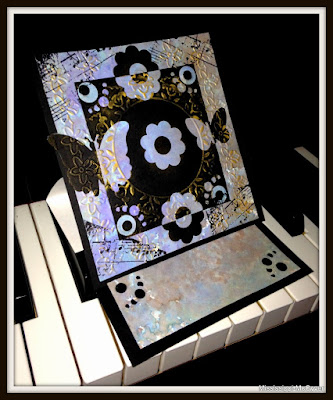