The TLC487 Challenge at Splitcoast today was to make a Faux Enamel embellishment. I did a lot of experimenting with this technique today, I made a really cool stained glass piece as a result. I'll share that another time. I ended up making a turquoise blue and green butterfly. I used bic permanent markers on a piece of foil I covered the foil with UTEE and melted it. When it was cooled I used a butterfly die to cut out the butterfly. In retrospect I should have cut it out first because the UTEE was not hard enough and got stuck on the antenna part of the die. I added more color to the top of the UTEE and then added psychedelic embossing powder. Heated it up again. When it was cool I noticed that you could see the foil around the edges. I really liked that look so I added to it with a silver marker. I outlined the butterfly. When I was done I ran into a creative brick wall. I loved how the butterfly looked but I had no idea what to pair it with to make my card. I decided to take some photos of it on several different pieces of cardstock. I sent the photos to my friend Pam and in the process of sending them the inspiration hit even before she had a chance to respond. So I joked with her that she was so good she helped me before I could even ask.   Here are several of the photos of the butterfly sitting on different dp. 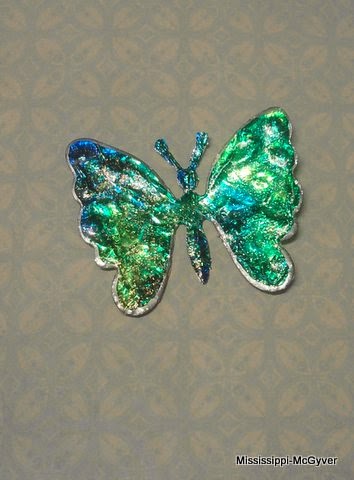 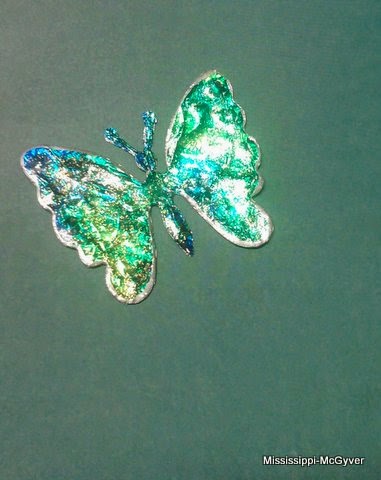 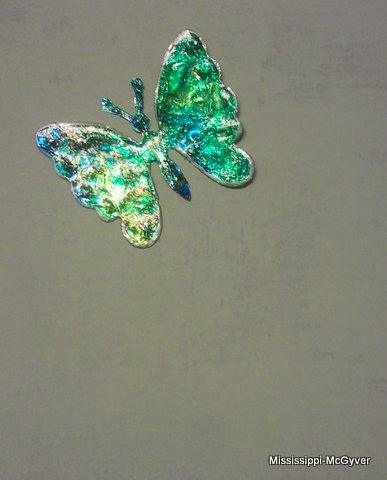 I finally had the paper that I wanted and I decided to use the Mojo Monday
sketch. I ended up taking white acrylic paint and added little white dots to the paper. I cut a paper doily down so it would fit. I didn't have a small tag so I kinda freehanded a tag. I used a sentiment from MFP set called BEARDED IRIS. I was going to add the tag with a turquoise rhinestone brad, but when I put it in I thought it was competing too much with the butterfly. So I swapped it out for a plain brad that I covered with the silver marker. I took several photos of the butterfly to try and capture the psychedelic effect. 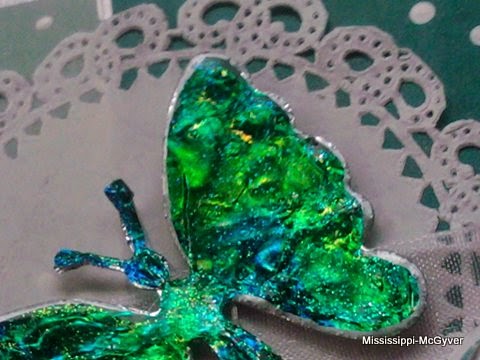 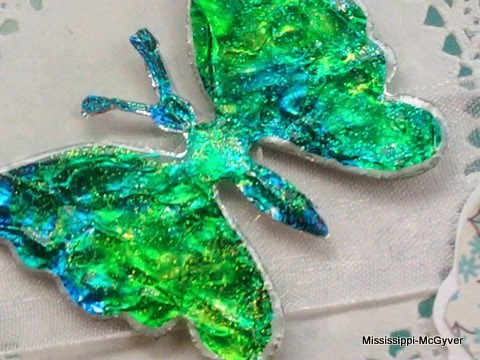 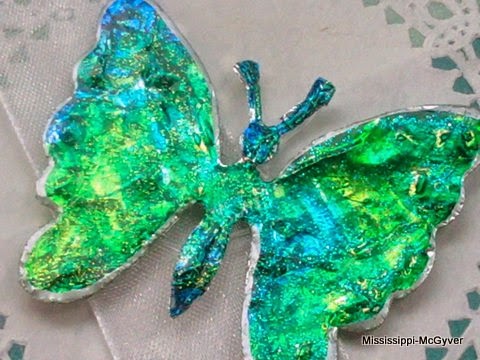 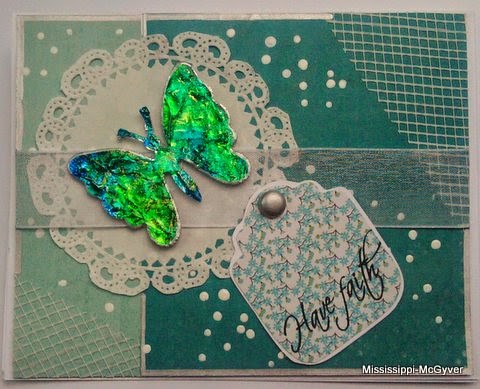