The Ways to use it challenge on SCS yesterday was to do "fussy" cutting WT405. I love cutting so I made two cards. The first one is a little crazy because I cut out around the ivy. (Very little cuts that took a long, time to do.) The ivy is from a new Mark's Finest Papers set that will be released during the hop this month. It is called "IVY & BLOSSOMS". 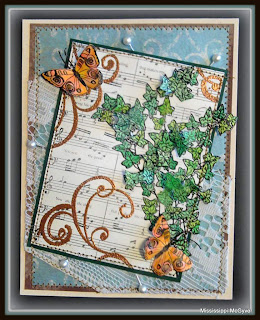 Here is a close up view of the crazy ivy cutting. 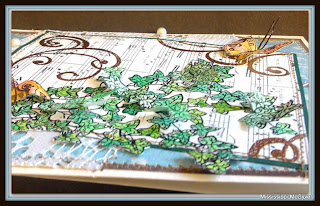 My second card was made using My Daydream Designs. I used the cardinal from Deck the Halls Digi set. I used the already colored version so all I had to do was print and cut. After I cut it out I shaped the branches so that they were dimensional. I punched some leaves to put on the branches. I'm not so crazy as to want to cut out all the pine needles. 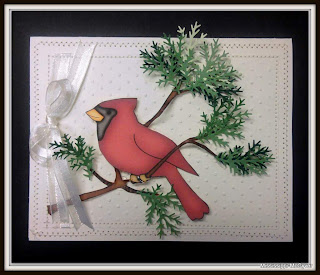 Close up view of my cardinal cut out and shaped. 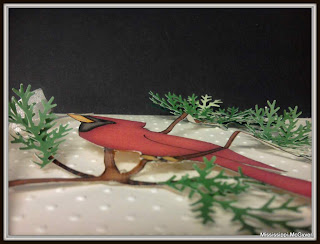 I am entering my cardinal card in the Kaboodle Doodle challenge to use red.
as well as the Created with love challenge to make a birthday card  with wings.