If you are looking for MFP BLOG HOP day 2 scroll down to next post. 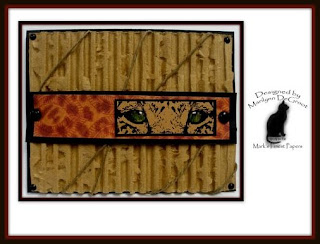 I just wanted to share this card I made for the sketch challenge at SCS. I wasn't the only one who used this set, but it was just the perfect image to use for this sketch. I am going to be sending this one to my little sister(Who turns 30 this year). When she was a baby we would make a 2 hr drive from Prescott to Phoenix every week. Just outside of Phoenix was a billboard that had a zoomed in look at a lady's eyes. By the time the 2 hrs was almost over she would start getting antsy and we would have her look for the BIG EYES. Week after week we looked for the BIG EYES, until one week they had changed the billboard... bummer!!! I don't even know if she remembers the big eyes, but I do and that is why this card is going to her.